An important message for businesses reopening after COVID-19

This project was designed just prior to Hurricane Ike and shelved after the storm. It would have been 30 dwelling units above a two level parking structure, the design is based on Spanish Colonial Revival.

The Trinity County Courthouse began with a comprehensive Master Plan, prescribing design guidelines and a timeline for completion of the project.

This is a schematic design drawing depicting this new building located on Pelican Island. It is now completed and occupied by the Galtex Pilots Association as their Headquarters Building. 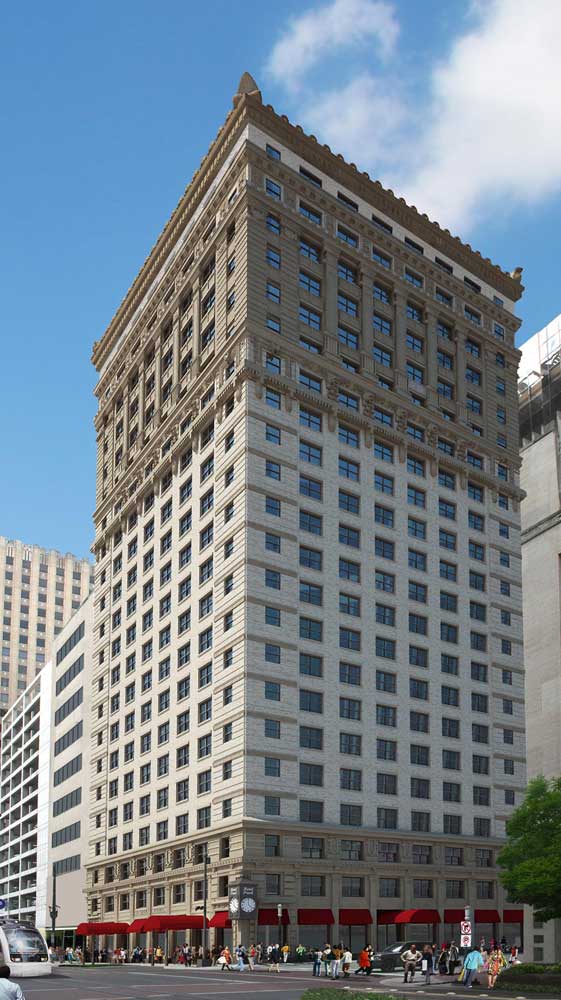 Located at 806 main in downtown Houston, we performed a feasibility study and commissioned this rendering of the building depicting the appearance after removal of the marble and glass slipcover. 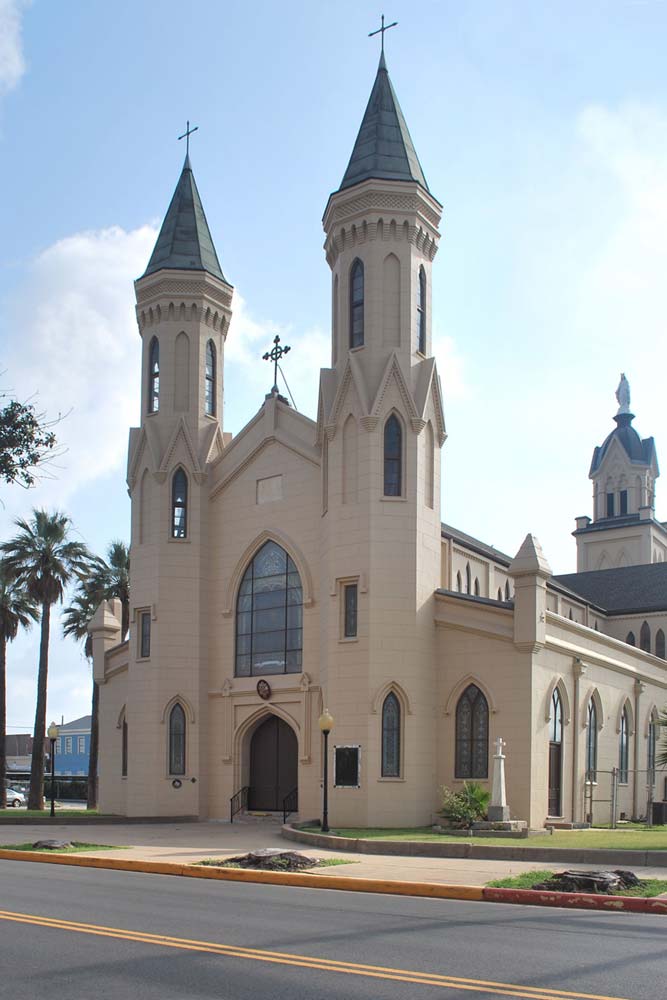 Orginally constructed in 1847, the Basilica Cathedral is the oldest in Texas. Damaged by Hurricane Ike flooding, we have been working on the rehabilitation and completion is scheduled for early 2014.

What began as a few hospital buildings in convenient proximity to one another became seven hospitals "tacked on" and "squeezed into" every available inch of space in and around the original hospital configuration. UTMB contracted with Michael Gaertner Architects to analyze the campus and develop a Master Plan and Building Site Study for the East End of the UTMB campus.

The proposed site for The Wetlands Center is adjacent to the main campus at Texas A&M University Galveston (TAMUG) on the western shore of Pelican Island. The Master Plan for the development of The Wetlands Center at TAMUG outlines a strategy for development that introduces a flexible, low impact series of structures into this ecosystem.

Galveston's port side waterfront has long held an attraction, located close to the famous Strand Historic District. We developed several ideas related to the expansion of the original Pier 21 development. 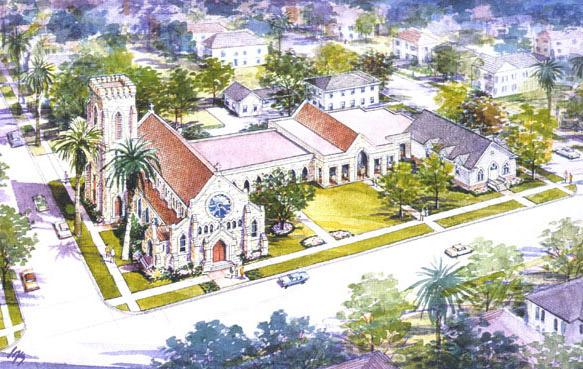 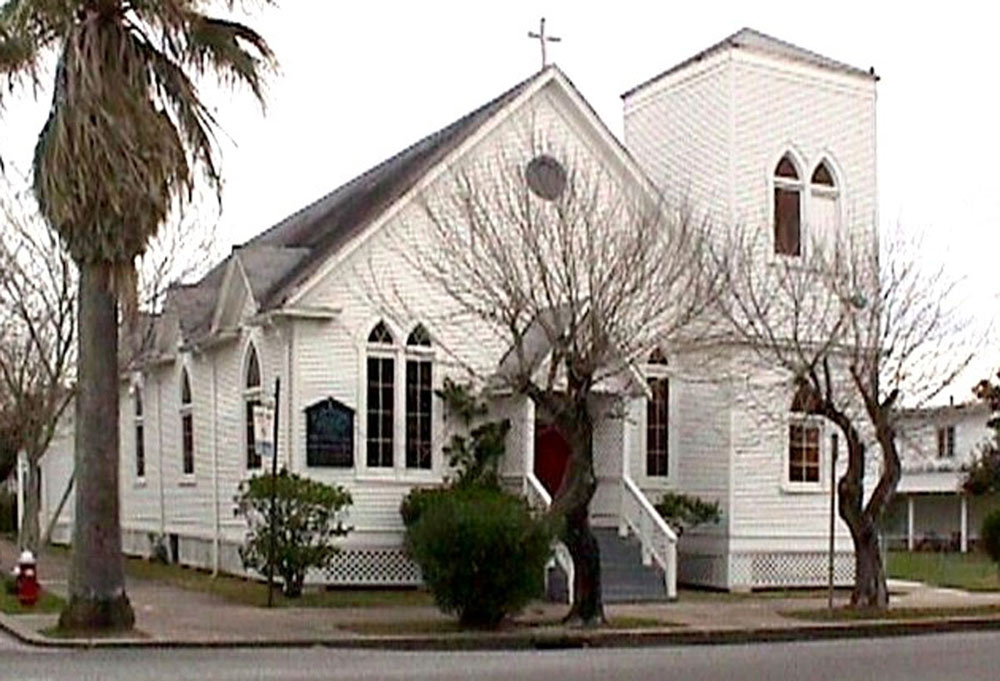 Established in June of 1884, St. Augustine of Hippo is the oldest African-American Episcopal Church in Texas. The original wooden sanctuary was destroyed in the Great Storm on September 8th, 1900. 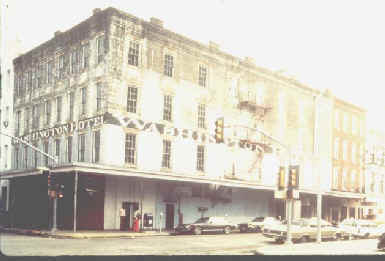 This historic building was nearly destroyed by fire in 1983. Located at 23rd and Mechanic streets in Galveston, it was restored for George and Cynthia Mitchell. Architects were Ford, Powell & Carson from San Antonio and MGA served as the Owner's Project Manager. 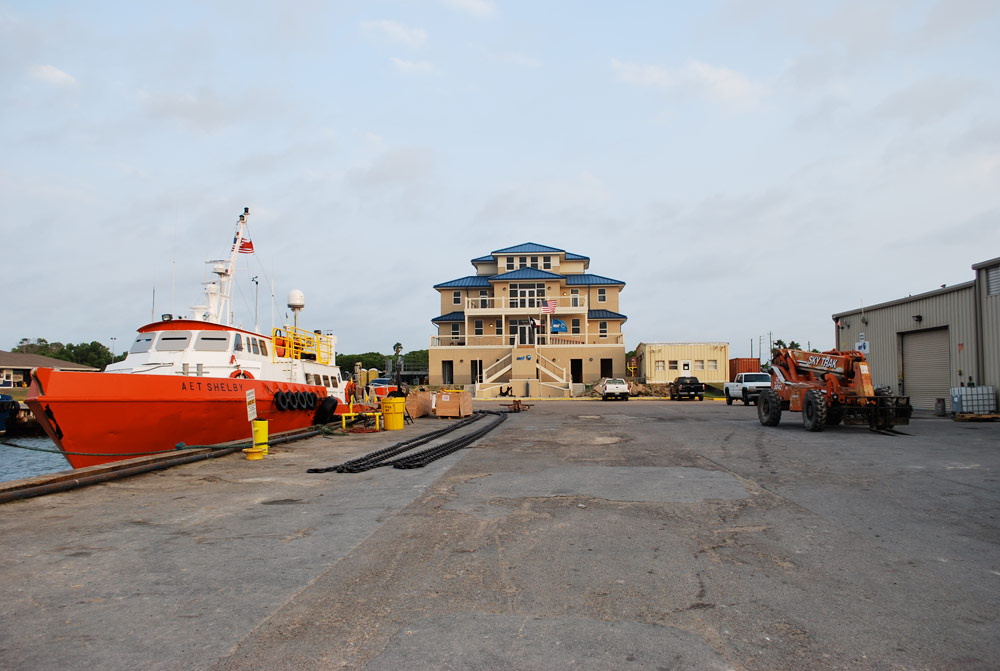 Adjacent to the Pilot's Association, this is an operations building for AET Offsore. It has a ground loop water source heat pump system for efficient year round operation. 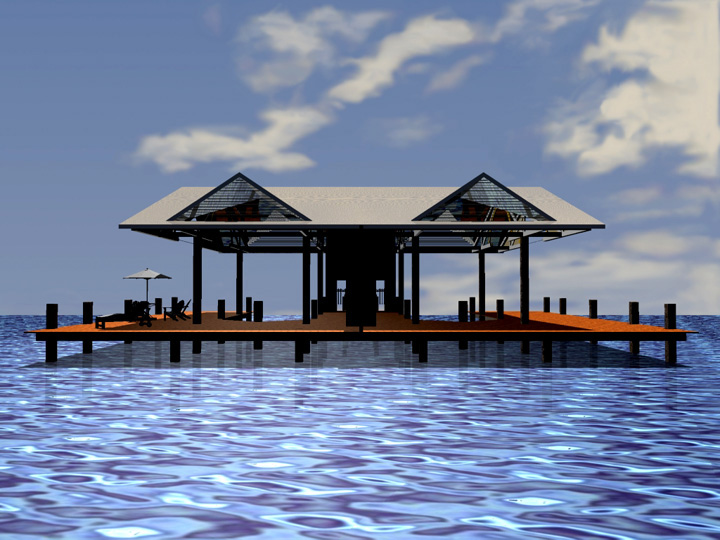 A novel concept for boathouses on Galveston Bay, this design contemplated adjacent property owners sharing a side-by-side boathouse, thus improving views of the bay from both houses. 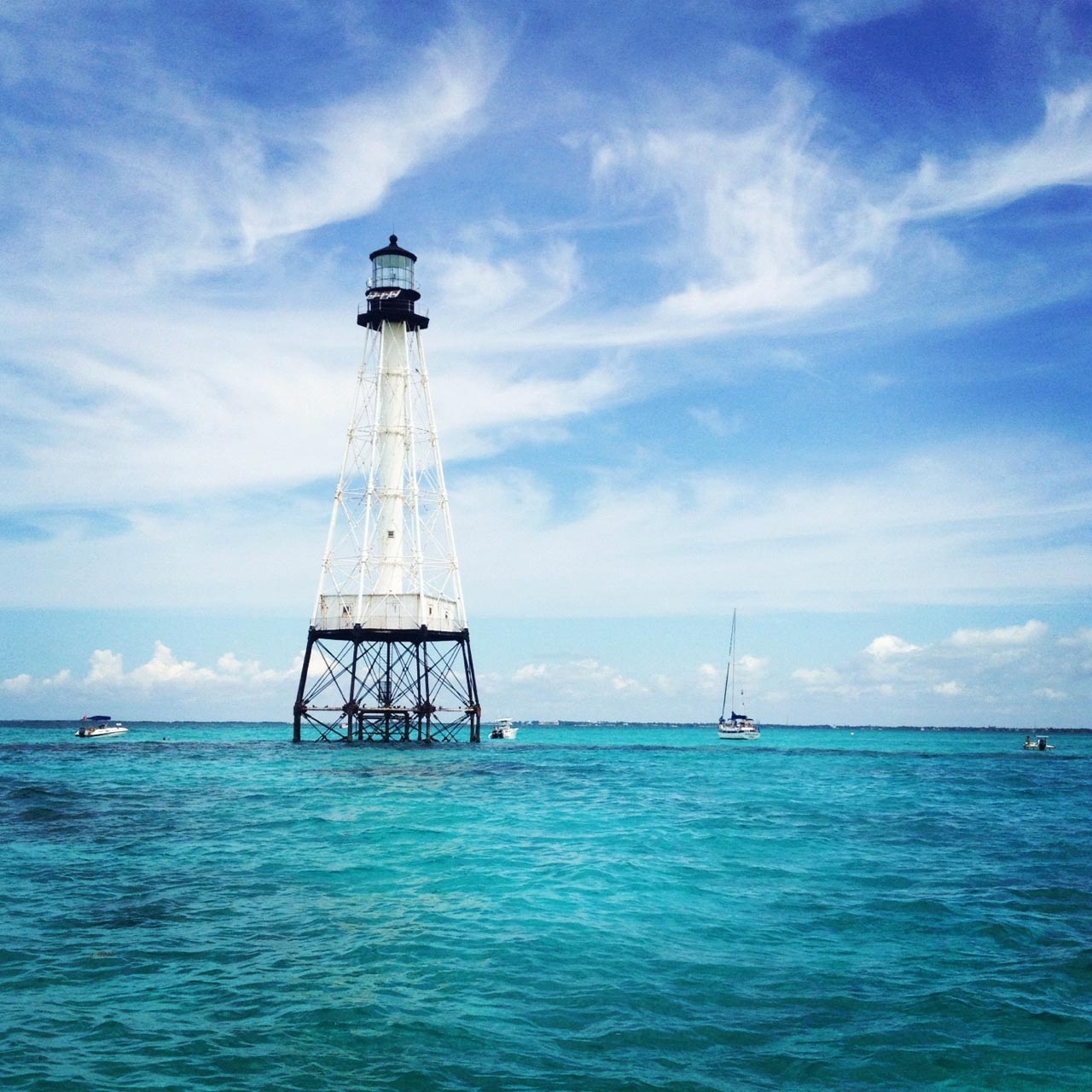 MGA assisted the Coast Guard in the historic rehabilitation of this lighthouse located off the coast of Florida. Visit project 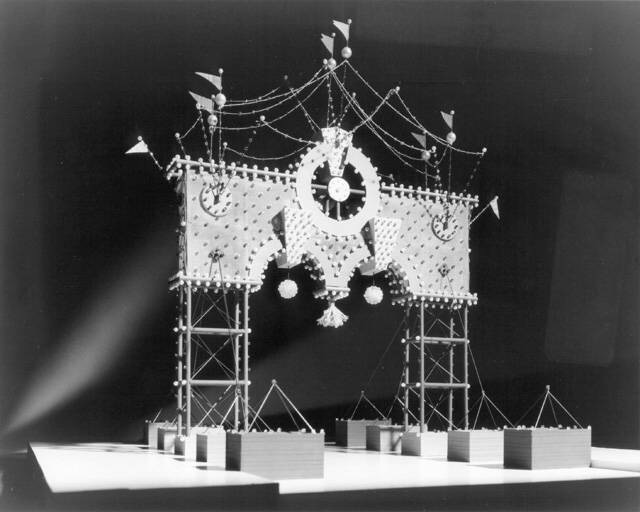 Seven "Fantasy Arches" were built by MGA for George and Cynthia Mitchell to commemorate the rebirth of MardiGras in Galveston. This is the only one remaining today and stands in front of the Tremont House Hotel. The Grand Night Parade passes under the Arch every year on the Saturday prior to Fat Tuesday. 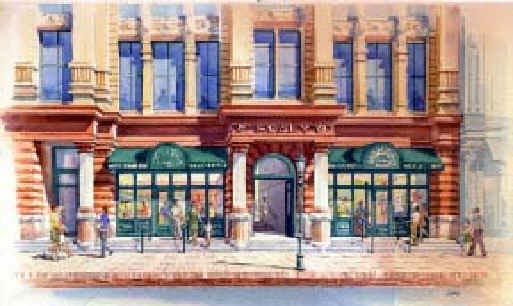 This project was simple but effective. By renovating the ground floor storefront of this building, retail sales were boosted from $65 to over $200/s.f. 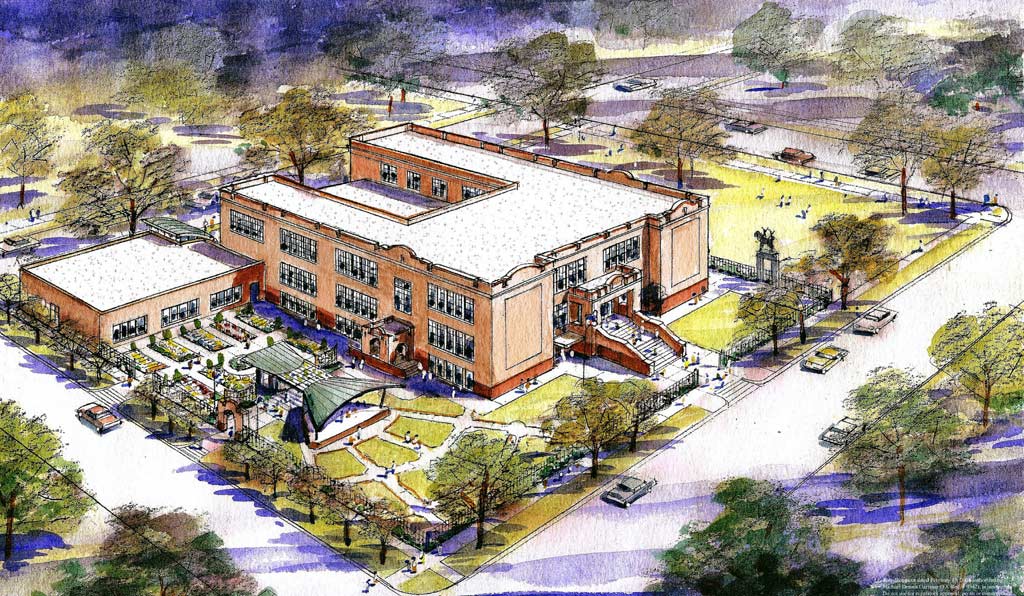 Dow School, located in the "Old Sixth Ward" in central Houston, houses MECA (Multi-cultural Education and Counseling through the Arts), a nonprofit organization that provides educational activites for youths and adults. 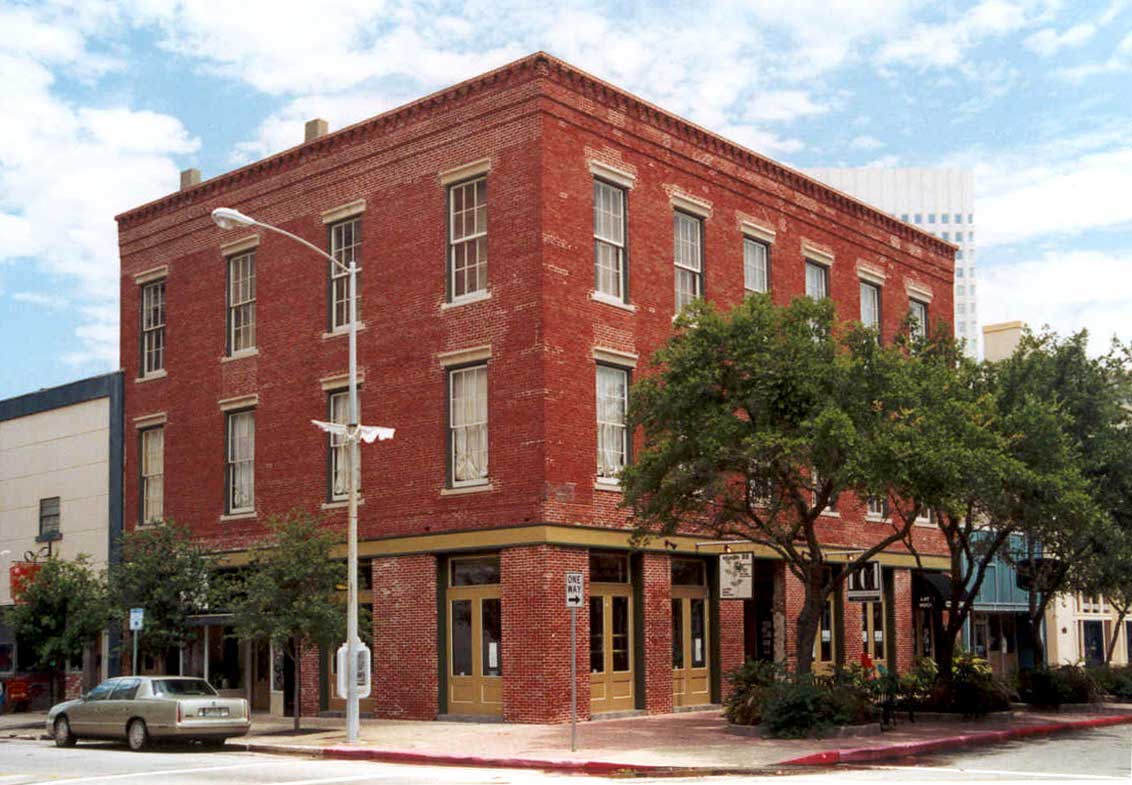 The Pix Building, built in 1858, is one of the oldest commercial buildings in Galveston. Having survived the 1900 storm, it once housed the Galveston Tribune, Texas' oldest newspaper. Michael Gaertner Architects was retained to renovate the ground floor. 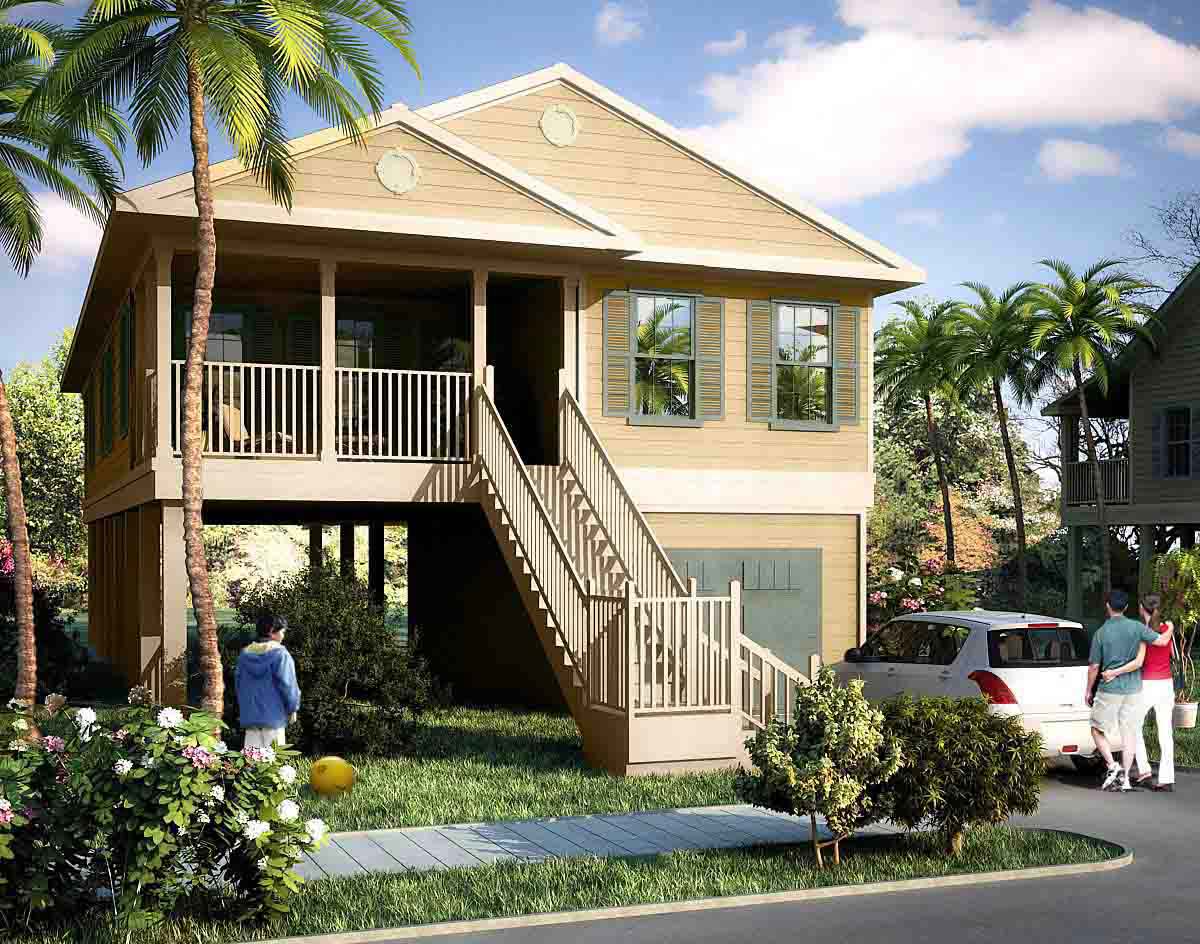 After Hurricane Ike, Michael Gaertner Architects developed a number of affordable and easily constructed replacement homes for various developers and the City of Galveston. 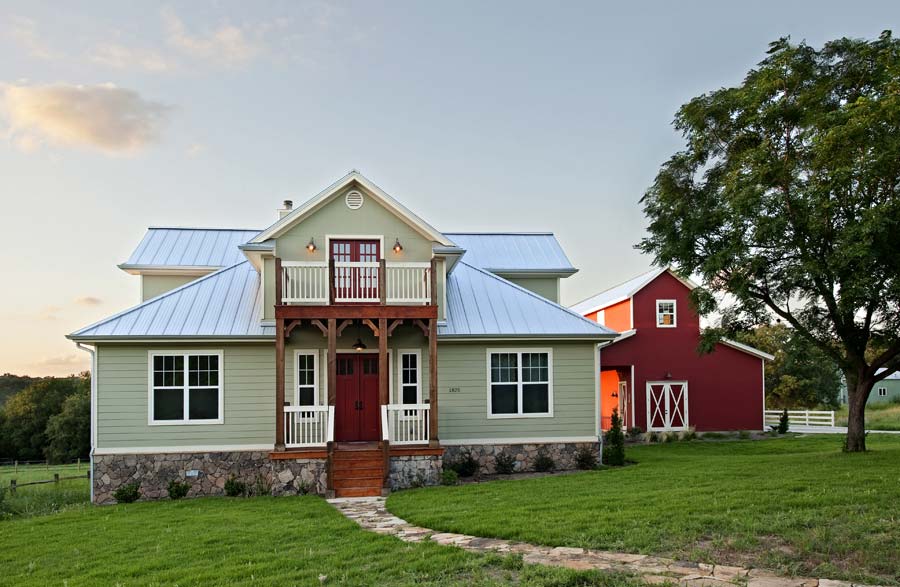 This home is located outside Austin Texas and the design based on Hill Country Vernacular, the detached garage designed in a popular style of barn. 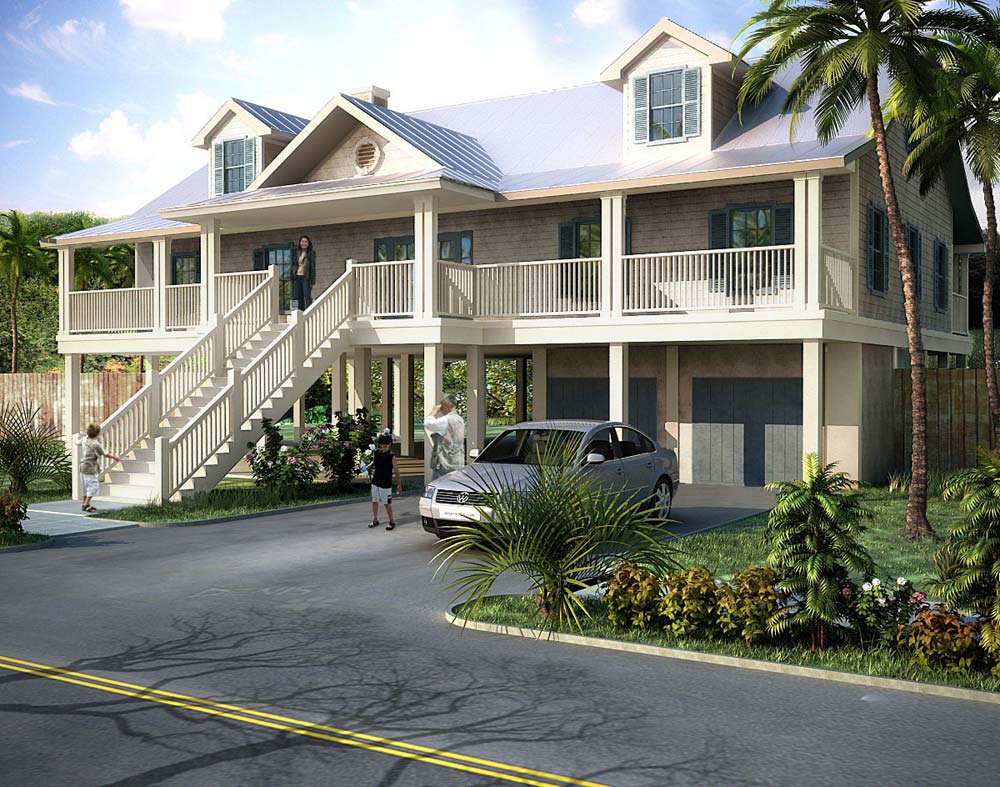 Another example of post-Ike replacement housing, this prototype features a very parge open attic space easily upgraded to provide a media room, two or three bedrooms. It is design to be either stick framed or constructed with modular units. 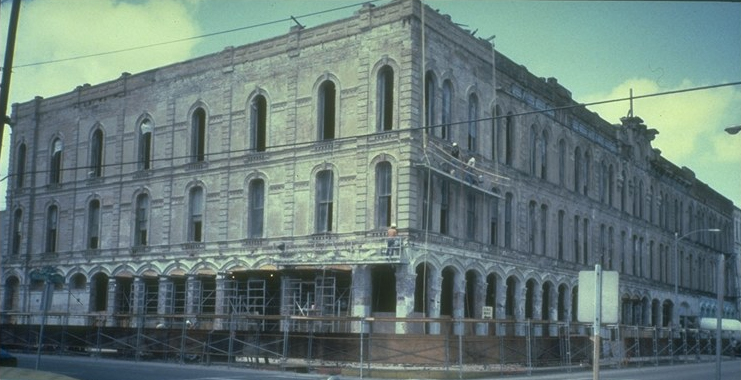 The opening of the rehabilitated 117 room luxury four-star Tremont House Hotel marked the beginning of the revitalization of downtown Galveston. In 2003, Michael Gaertner Architects oversaw a complete rennovation of all guest rooms, the restaurant and meeting rooms. 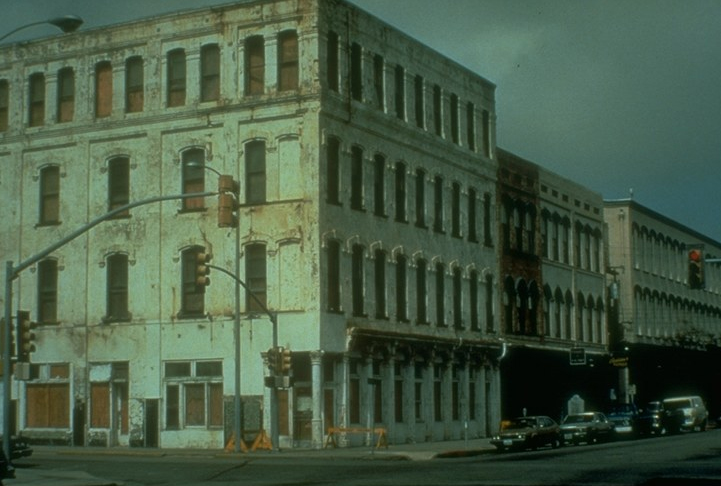 The Belmont Hotel is a separate building and project, but is now connected to and operated as a part of The Tremont House. The two buildings are connected on the ground floor, and The Belmont contains meeting rooms, suites, a gracious atrium and a rooftop terrace. 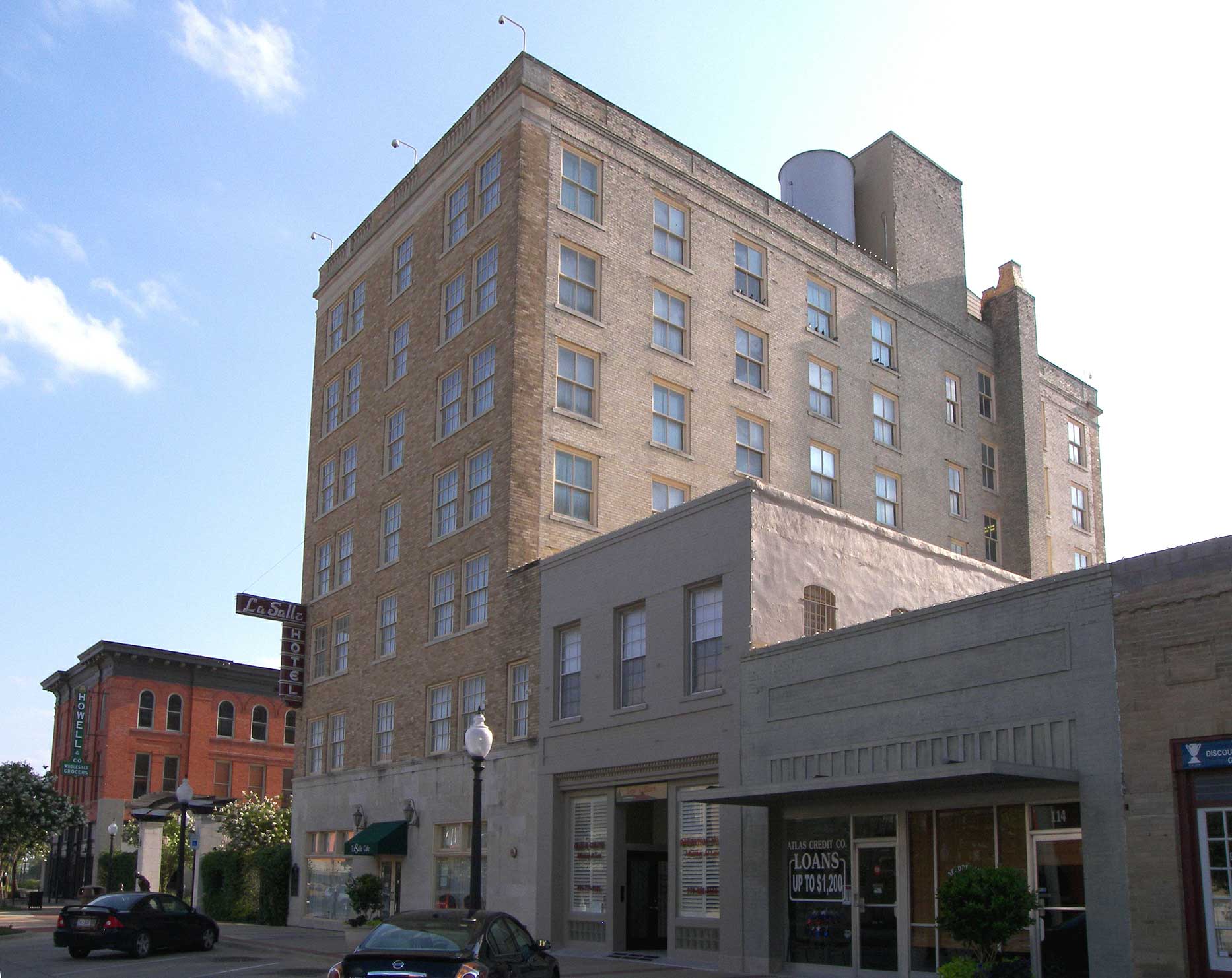 The LaSalle Hotel, located in Bryan Texas, was developed as a "Limited Luxury" hotel, meeting the needs of business travelers. Michael Gaertner Architects' role in this project was to provide the owner and developer with Architectural, Interior Design, Historic Certification, and Project Management Services. 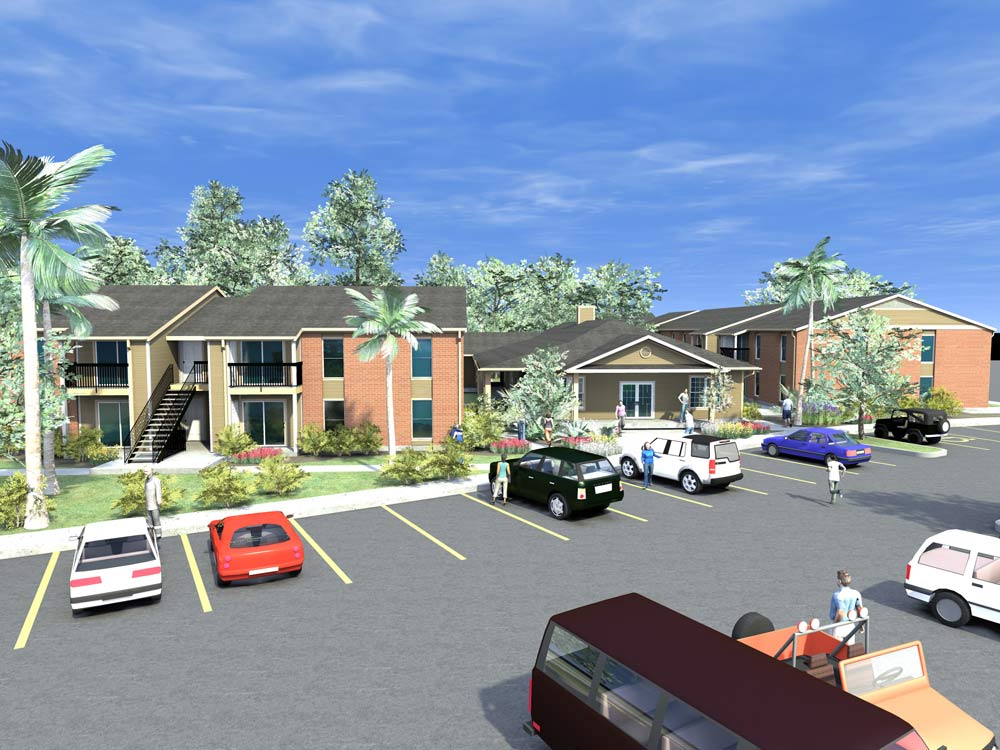 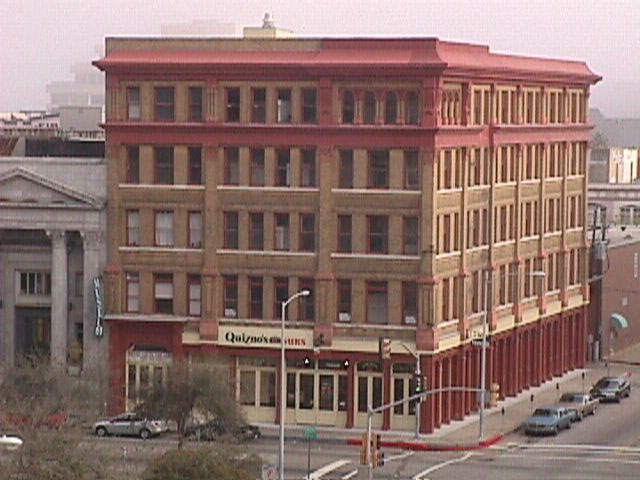 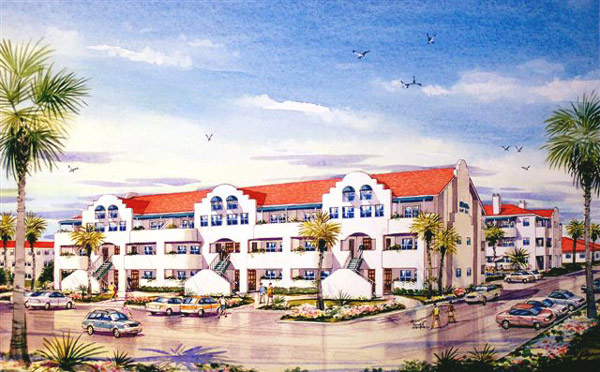